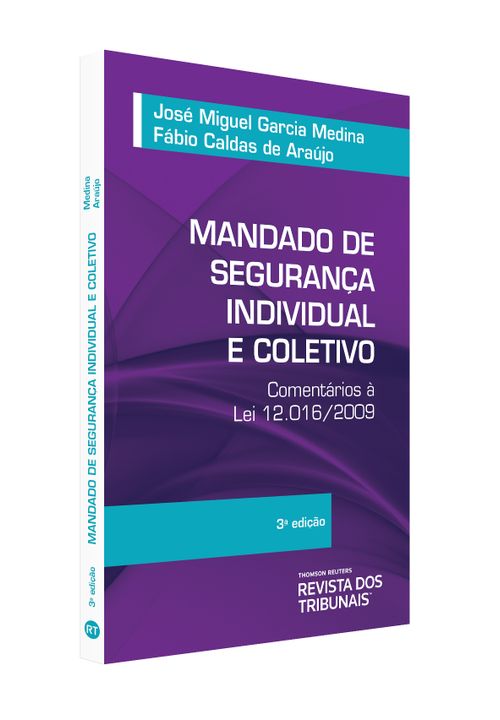 In this new edition, the authors combine the detailed analysis article by article of Law 12.016 / 2009 with the legislative amendments related to each of the provisions of the writ of mandamus. The Civil Procedure Code (Law 13.105 / 2015) and other relevant provisions, such as Law 13.300 / 2016, which regulated the procedure of the individual and collective writ of injunction, as well as Law 13.676 / 2018, which gave new wording to art. 16, caput, of the Writ of Mandamus Law, that are some highlights.

In order to synthesize these related legislations and the precedents related to each of the themes of the Writ of Mandamus, the authors considered what was most expressive in the doctrine and which was decided in the jurisprudence. The reflections presented by the authors in their other doctrinal works reverberated in this new edition, which exposes ideas that they have matured in their other writings.

This work presents a detailed analysis of each of the provisions of Law 12.016 / 2009, presenting legislation directly linked to the theme, as well as precedents of the different courts, giving greater understanding to the theme. Thus, it collaborates for the solution of the most tormenting problems to this constitutional remedy.

The book examines Law 12,016 / 2009 in its entirety, bringing many resources for law operators to fully understand the provisions of the Writ of Mandamus Law.

Sign up for our newsletter
and stay on top of news